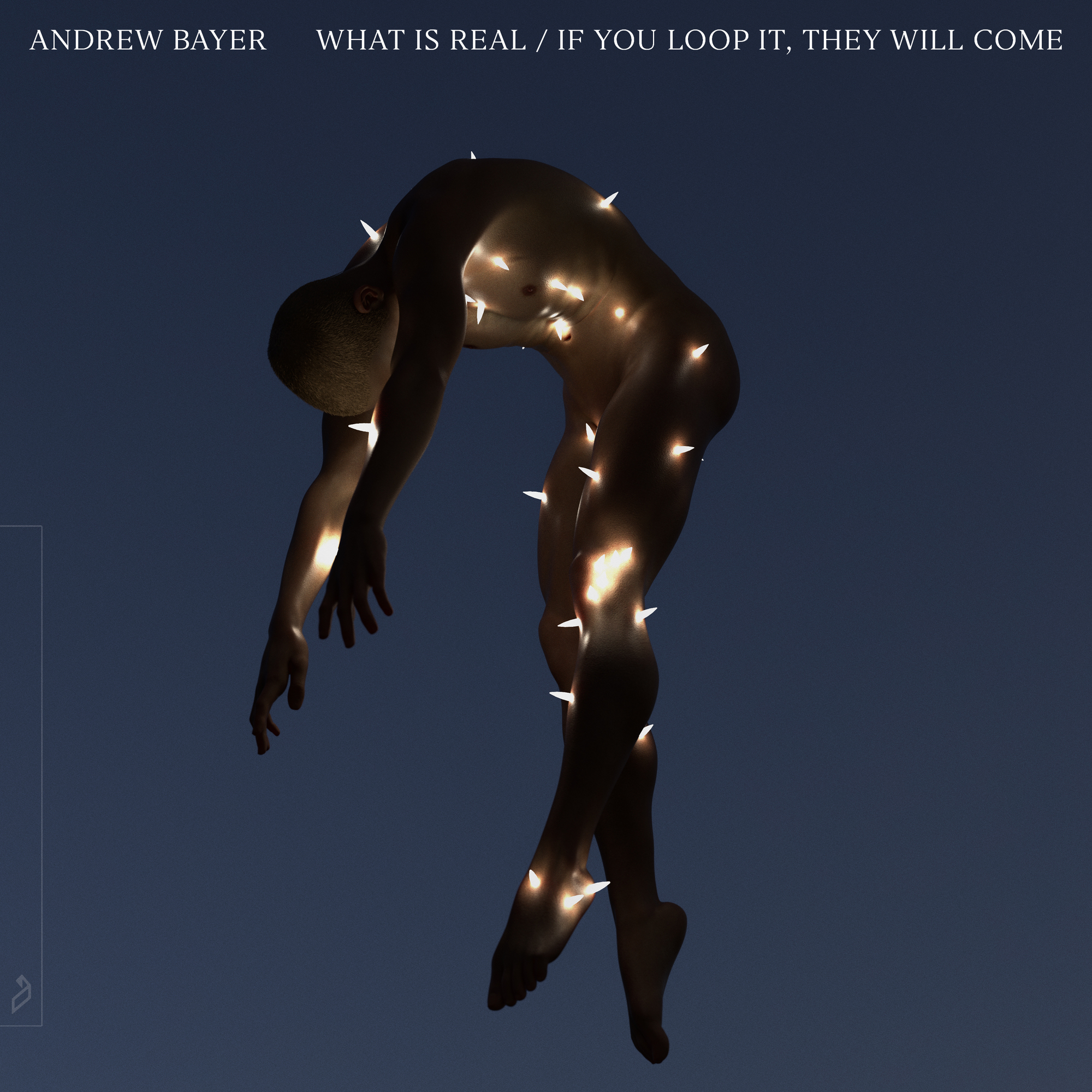 Andrew Bayer releases double A-side 'What Is Real (with Vök) / If You Loop It, They Will Come', lifted from part two of his double album 'Duality'.

A two-part album project, ‘Duality’ began as a homage to Andrew's debut album, 'It's Artificial'. Crafted over three years, ‘Duality pt. 1' explores Bayer’s passion for downtempo and indie-pop, while ‘Duality pt. 2' takes on his forward-thinking trance and progressive sound.

‘Duality pt. 1' was released on August 12 via Anjunabeats. Met with acclaim from fans and supported by Sirius XM's Diplo and Liquid Todd, it featured collaborations with OLAN, Run Rivers, Asbjørn, MOR, Dave Thomas Junior and more.

On ‘Duality pt. 2’, Andrew takes the energy and BPM up a gear with ten tracks of cutting-edge club sounds - avant-garde sensibilities, aimed straight at the dancefloor.

"With ‘Duality pt. 2’, I intended to make a dance album that feels timeless, forward-thinking, and personal. So many dance records have lost a sense of dynamics both in their mixes and arrangements. Every track is littered with classic synths, and experimental sound design" - Andrew Bayer

Road tested on the 'Duality' tour and Andrew's performances at The Gorge and Brooklyn Mirage, 'What Is Real (with Vök) / If You Loop It, They Will Come' offer a tantalising preview of what's to come from 'Duality pt. 2’, out October 28.

"'What Is Real' and 'If You Loop It, They Will Come' highlight an important pairing of my club sound. 'What Is Real' tells the story of struggling with treating depression, and the side effects it brings. 'If You Loop It, They Will Come' is the response to being stuck in the eternal loop of knowing what is real and what isn’t. It snaps us back into a focused reality with a chorus of analog synths from the 70’s and 80’s, with a faint vocal sample repeating “it’s gonna be the same”. Accepting the fact that I always have and always will struggle with mental health issues was a big part of the acceptance I had to face while working on 'Duality'. It is part of my story, and part of many stories shared in our community." - Andrew Bayer

Andrew Bayer’s ‘Duality’ is available to pre-order on triple gatefold vinyl via the Anjuna Music Store. Alongside a long-awaited UK appearance at Group Therapy Weekender London, Andrew once again joins Above & Beyond at their Group Therapy milestone celebrations, as they mark 500 episodes of their long-running radio show in Los Angeles in October.

As part of the festivities, Andrew also hosts a special ‘Duality’ pre-party at Academy, Los Angeles on October 14, with special guests Naz, OLAN and Fatum - for more info, visit ABGT500.live