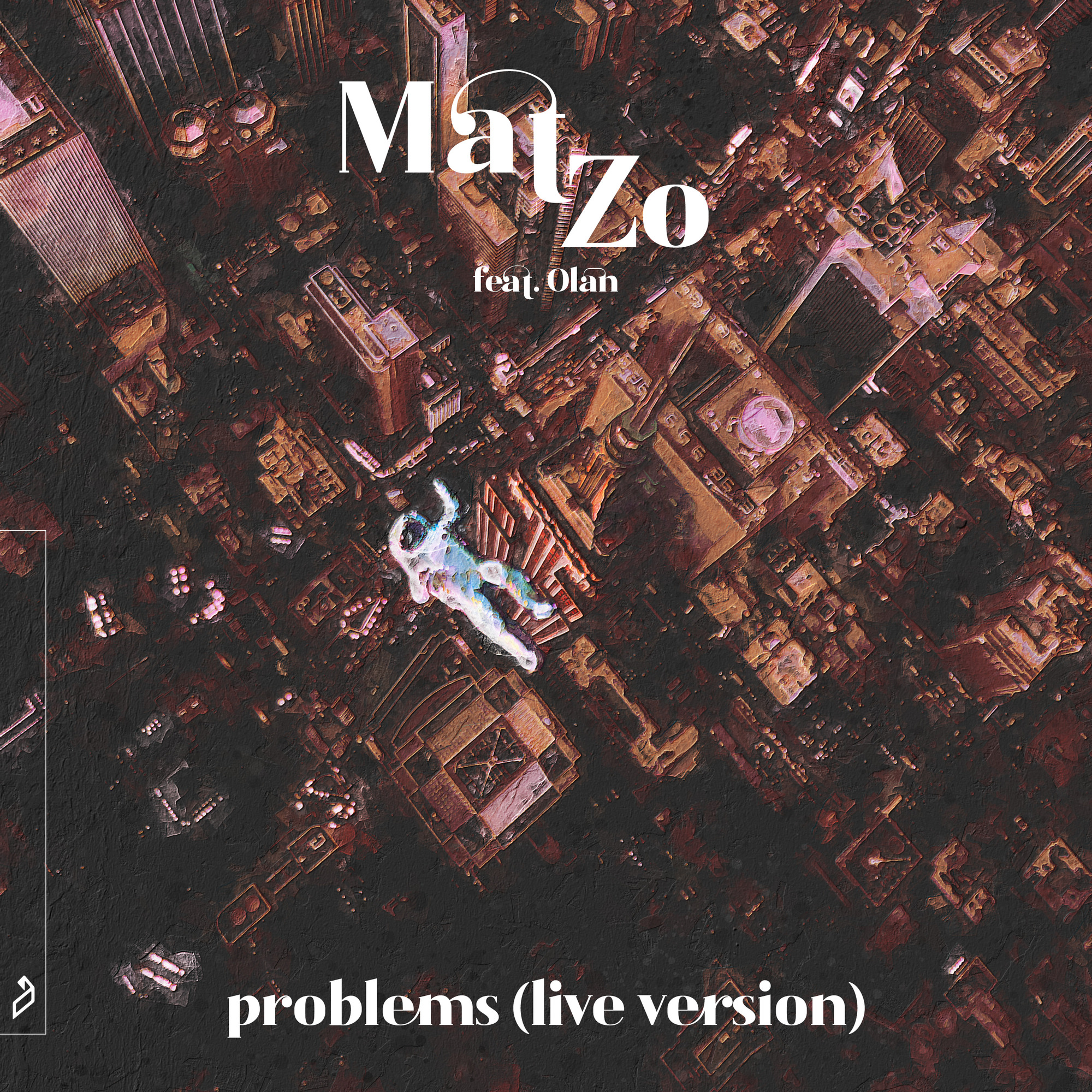 ‘Illusion Of Depth’, released last October, was a pick-n’-mix of styles. It begins with the brash ‘In Media Res’, next, an ode to 90’s warehouse techno: ‘The Next Chapter’ featuring legendary Jungle/DnB MC, GQ. Then, all of a sudden, ‘Love Songs’ and some French filter house.

Mat Zo broke onto the scene in 2008 and has been causing an uproar ever since. In the early 00’s, he penned Anjunabeats classics like ‘The Lost’ and ‘Synapse Dynamics’ which were far ahead of their time. They were followed by the likes of ‘Superman’, ‘The Sky’, and ‘Rebound’ (with Arty). He pushed the Anjunabeats sound to the mainstage, racking up spins from Pete Tong, Axwell, and Armin van Buuren.

Since the album’s release, Mat has taken his ‘Illusion of Depth’ tour online, hosting a series of virtual raves in Minecraft.

Recorded last summer, Mat has teamed up with Atlanta-based musician, vocalist and producer Olan for a special live version of ‘Problems’. Olan has worked with Mat for several years, and contributed vocals to the album tracks ‘Problems’, ‘Colours’ and ‘Paralysis’.

Mat Zo and Olan’s live version of ‘Problems’ is available to buy and stream now through Anjunabeats.