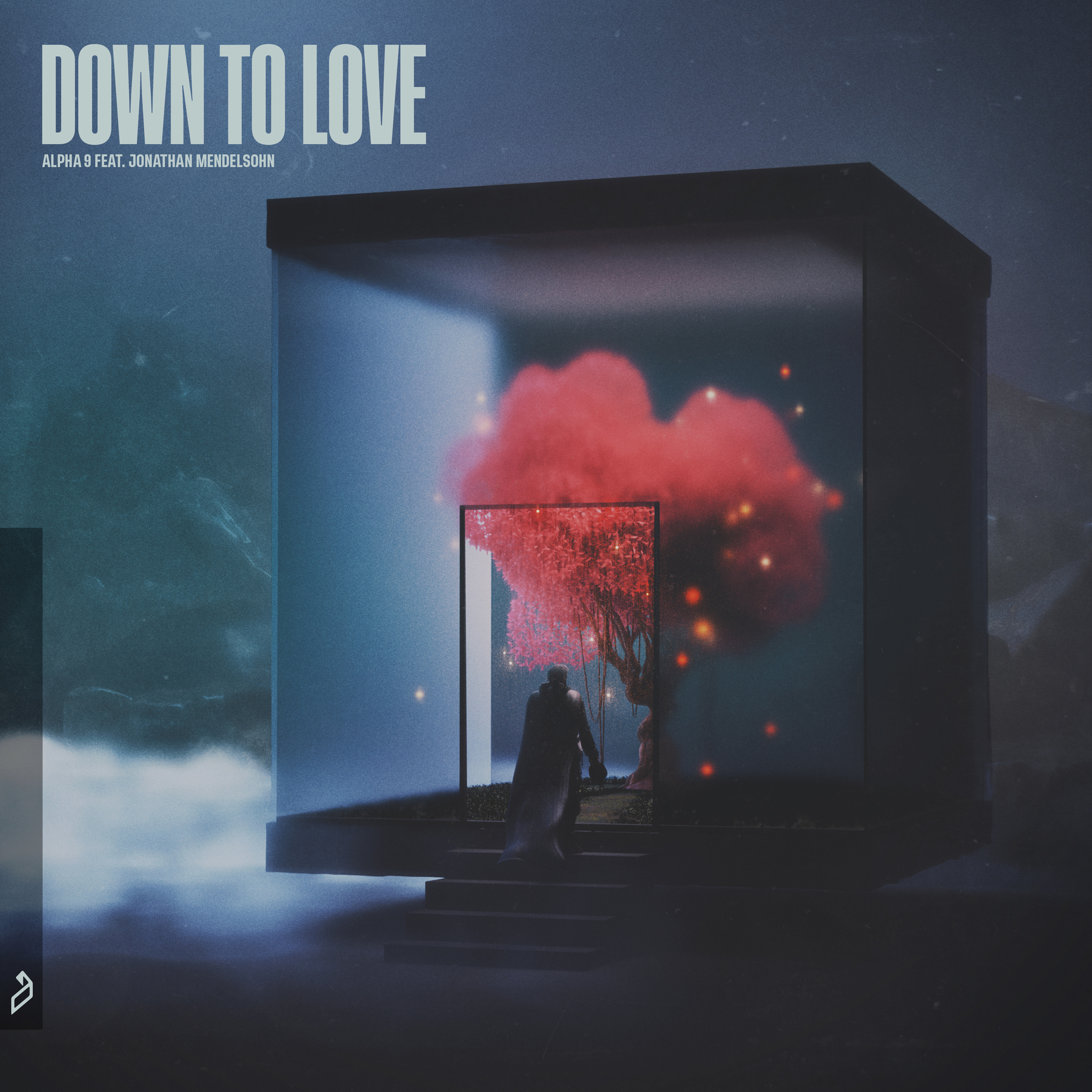 Lifted from the forthcoming debut album, ‘New Horizons’ (out January 13, 2023), ALPHA 9 presents ‘Down To Love’ with vocalist Jonathan Mendelsohn.

Artem first arrived on Anjuna’s radar in 2010. What followed was a stellar run under his ARTY alias: ‘Rush’, ‘Zara’, ‘Around The World’, ‘Rebound’ and ‘Kate’ are Anjunabeats classics, and helped define the sound of the label in the early 2010s. Artem’s ALPHA 9 alias is where he has found his stride in recent years. Focusing on the progressive trance that he fell in love with as a teenager, some of Artem’s standout moments as ALPHA 9 include ‘Before The Dawn’, ‘Stellar’, ‘Skin’, and his faithful update of Above & Beyond and Zoë Johnston’s evergreen classic ‘Good For Me’.

ALPHA 9's energetic sets have been heard at Steel Yard, Dreamstate, Electric Daisy Carnival, Tomorrowland, Ushuaïa, Amnesia Ibiza, and Creamfields, winning him millions of fans worldwide. Most recently, he thrilled 22,000 fans at Above & Beyond’s sold out Group Therapy 500 celebrations in Los Angeles, where a special surprise was awaiting at the end of his performance - the announcement of his debut album as ALPHA 9, ‘New Horizons’.

Featuring fourteen tracks from across the ALPHA 9 universe, ‘New Horizons’ takes the ALPHA 9 project to soaring new heights. “This is a new chapter,” Artem says. “I’m very confident in the direction I’m taking this project. This new album is a journey through the beginning of ALPHA 9’s artistry to now.”

‘New Horizons’ has lived many lives: Artem feels this is the most honest, raw and energising music he’s created yet. “It’s called ‘New Horizons’ because it’s the journey from the first steps of ALPHA 9 to maturity,” Artem says. “This is ALPHA 9’s signature, instantly recognisable sound, but it’s also future-facing and explores new horizons.”

Joining ALPHA 9 on ‘Down to Love’ is Jonathan Mendelsohn. A voice that will be recognised by fans of nearly every genre of mainstage dance, he sings on records including Seven Lions and Jason Ross’ ‘Oceans’ and ‘Foolish Of Me’, Brennan Heart’s hardstyle hit ‘Imaginary’, plus Hardwell and KAAZE’s collaboration ‘We Are Legends’.

ALPHA 9 feat. Jonathan Mendelsohn ‘Down To Love’ is out now on Anjunabeats. To mark the release of ‘New Horizons’, ALPHA 9 embarks on phase one of his album tour in early 2023, tickets on sale now.