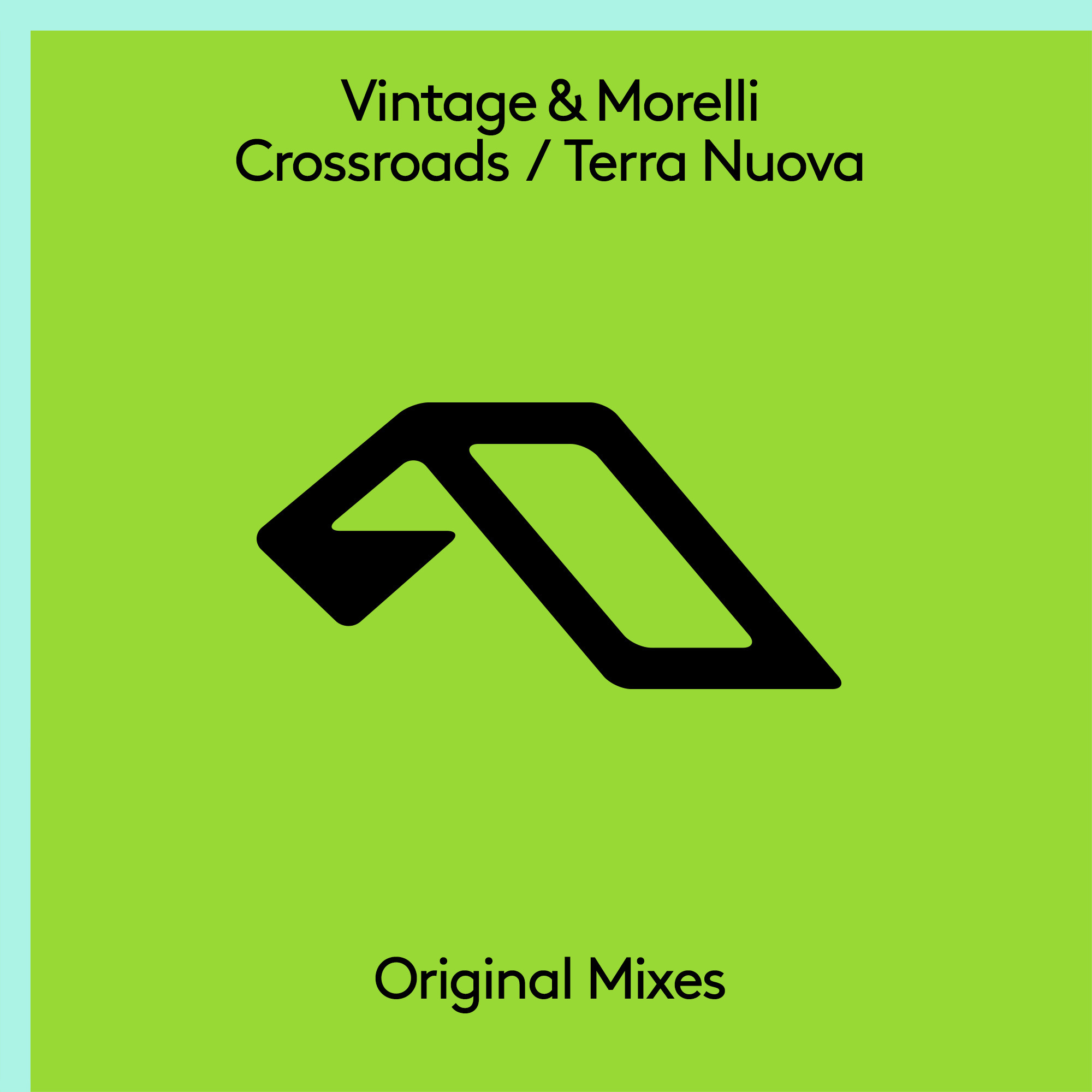 An established figure in the world of progressive house and trance, our Anjunafamily will remember Serbian producer Marko Cubric, aka Vintage & Morelli, from 2015’s ‘Contrasts’. A standout moment from Anjunabeats Volume 12, ‘Contrasts’ became a classic addition to our catalogue, and received a spin by Above & Beyond in their four-hour Group Therapy 400 livestream back in September 2020.

Seven years later and Marko is back, with ‘Crossroads / Terra Nuova’ - the latter track being a collaboration with label debutant Anthony Nikita.

“Marko Cubric’s contribution to Volume 12, ‘Contrasts,’ remains a stand out from that mix. A couple of artist albums later and he’s back in the Anjunafamily, with a typically groovy number. ‘Crossroads’ is his most techno-infused outing to date, and one we’re looking forward to spinning on the road.” - Above & Beyond

Work on ‘Terra Nuova’ began in 2019, as Marko and Anthony explain: "We were driving around NYC in Anthony's car as he played the demo he was working on. I heard the vocal riff and the beautiful piano chords and instantly got an idea of what the track should sound like… sadly, I had to put the track on the backburner as I was working on my third artist album and got busy with other projects. Fast forward two years: I sat down, wrote the track, and ‘Voila’, we got Terra Nuova, which is this gorgeous, emotional dancefloor killer.” - Marko

"Marko and I have been the closest of friends despite the distance between NYC and Belgrade. ‘Terra Nuova’ is a simple story of how even when the world around us changed and restricted our ability to travel, inspiration and friendship still prevailed." - Anthony