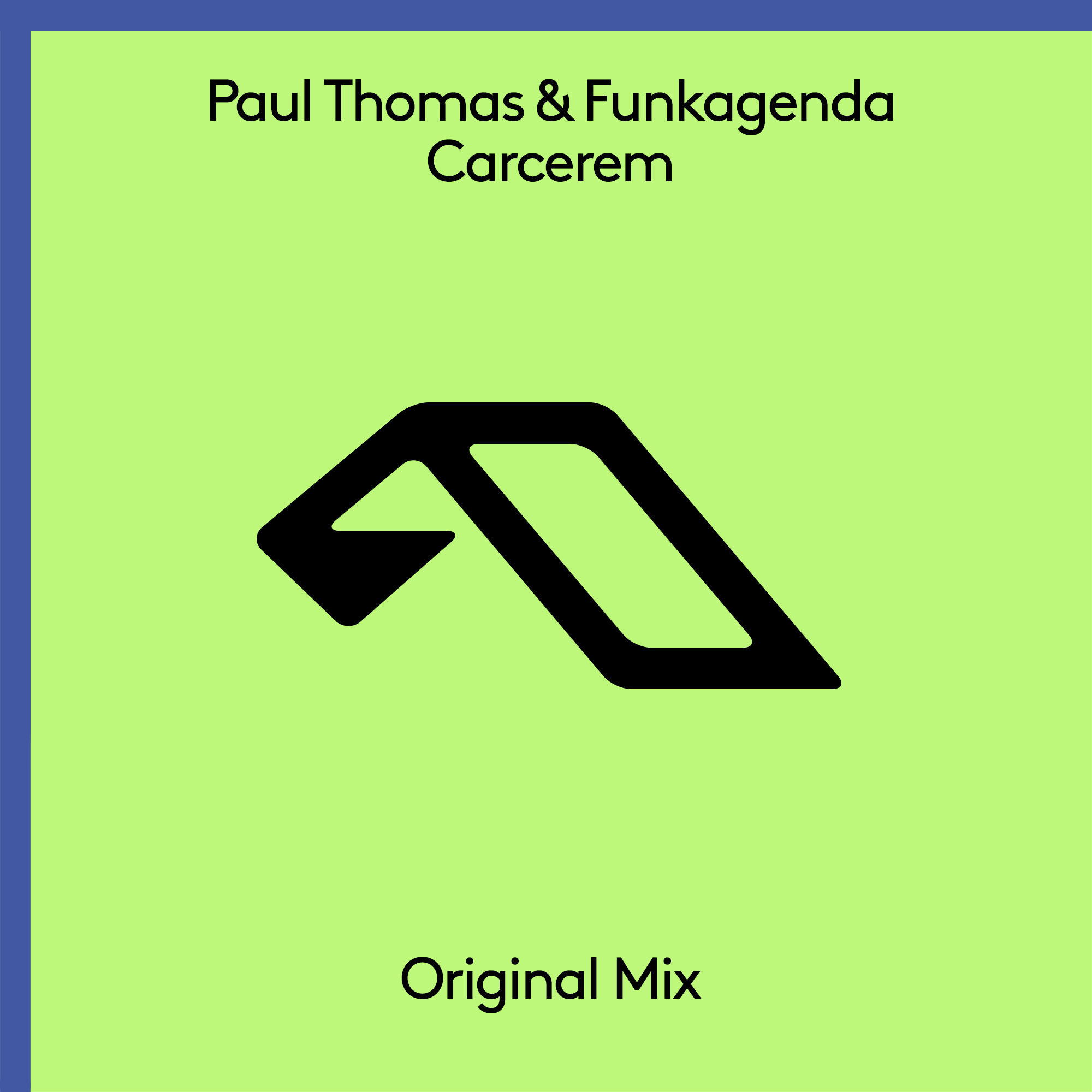 ‘Carcerem’, the Latin word for prison, is the Anjunabeats debut from Paul Thomas & Funkagenda.

The co-owner and head of A&R of Aly & Fila’s Future Sound of Egypt imprint, Paul Thomas has blurred the lines between underground progressive and trance for 15 years. You can find his music in the record bags of Above & Beyond, CamelPhat and Carl Cox, and Paul has released official remixes for deadmau5, Underworld and Mark Knight.

A jack of all trades, Funkagenda’s impact on dance music is undeniable. Originally championed by Defected Records, Positiva, Subliminal, Azuli and Big Love, he became a key part of Toolroom Records in the late 2000’s. He’s remixed for Lady Gaga, Fatboy Slim, Moby and Basement Jaxx, and his production work on The Black Eyed Peas’ album ‘The E.N.D.’ was recognised with ‘Best Pop Vocal Album’ award at the 2010 GRAMMYs.

Paul Thomas & Funkagenda ‘Carcerem’ is out now on Anjunabeats.