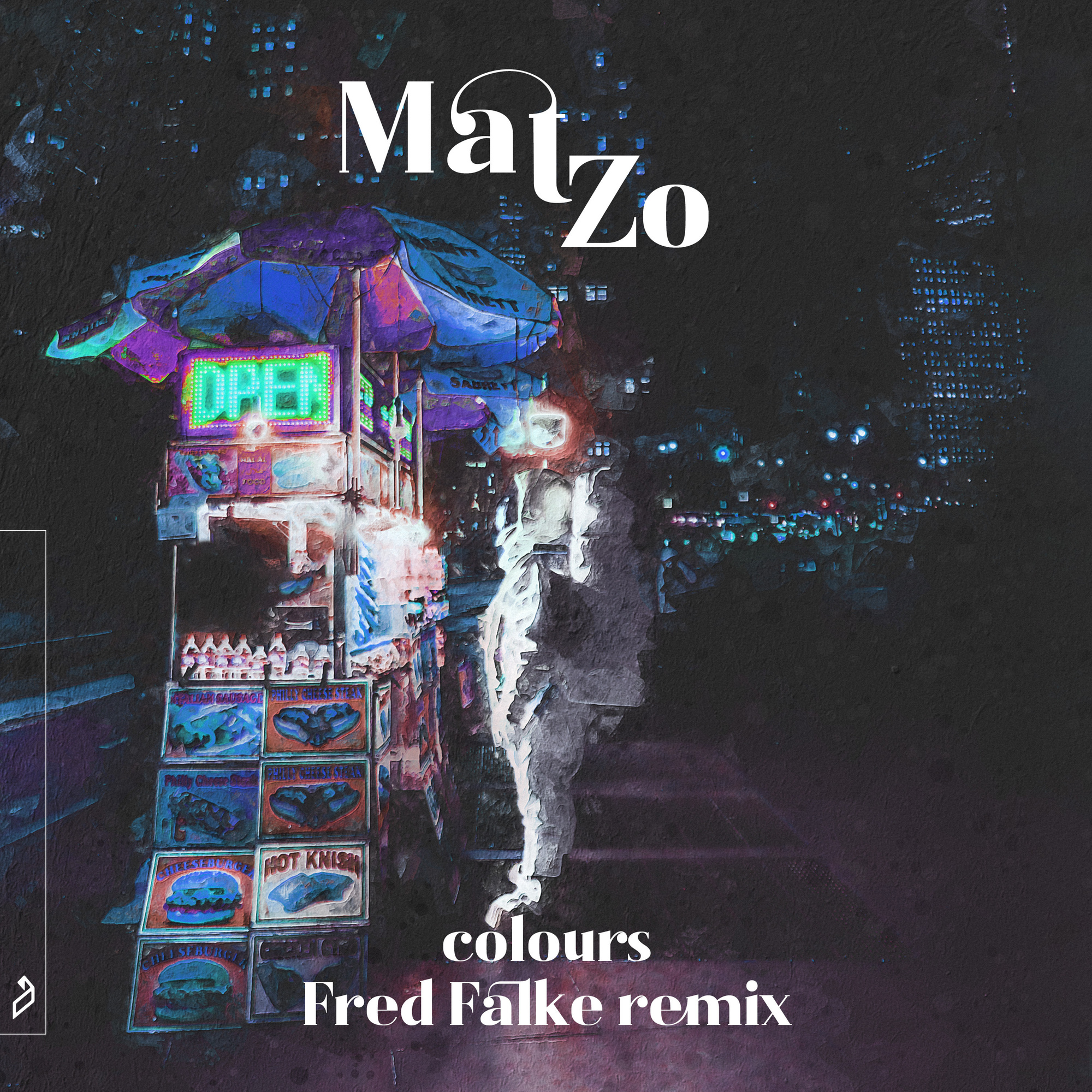 'Colours' was originally released in September 2020, and featured on Mat's third studio album 'Illusion of Depth'. With over 7m streams, 130k YouTube views, hundreds of national radio play-outs and support from the likes of Jason Ross, Don Diablo and NGHTMRE, it’s fair to say 'Colours' has earned its place as a quintessential addition to the Anjunabeats catalogue. The track also found a home in the soundtrack to the 2021 racing video game Forza Horizon 5.

Two years on, the first 'Colours' remix to arrive on Anjunabeats is from legendary French house producer Fred Falke, as selected by Above & Beyond for their Anjunabeats Volume 16 compilation. Fred Falke is one of the forefathers of the French House movement, emerging alongside Daft Punk, Stardust and Cassius. He’s worked alongside U2, Jamiroquai, Kesha and Selena Gomez and remixed tracks by MSTRKRFT, Justice, Macy Gray and many more.

“I remember when “Colours” came out, it sounded familiar and fresh at the same time,” Falke says. "I wanted to retain that freshness while adding a touch of disco euphoria, 90s nostalgia – and a powerful baseline of course.”

Mat Zo is one of Anjunabeats’ most celebrated artists, with tracks such as “Easy” (with Porter Robinson), “Rebound” (with ARTY), “The Sky” and “Superman” capturing the imagination of the masses. His GRAMMY-nominated debut album, ‘Damage Control’, released in 2013, gave Mat’s avant-garde approach to production its full expression. Featuring break-out hit ‘Easy’, the track took Mat mainstream: a Radio 1 A-List addition, Sirius XM BPM listing, a #1 Billboard Heatseeking record, an Essential Mix of the year nomination and, ultimately, a GRAMMY nod for best dance and electronic recording.

"Fred Falke is an absolute legend in electronic music. One of the first records I ever owned was the Running vinyl. Actually, I borrowed it from James Grant and forgot to give it back, sorry James! But if you had told me back then that he'd be remixing one of my tracks one day, I wouldn't have believed it. What a huge honour." - Mat Zo

OLAN is a musician, singer-songwriter, producer, vocalist and long-time friend and collaborator of Mat Zo. She released her debut album 'Contra' on Anjunadeep in June 2022, and recently performed at Anjunadeep’s takeovers of Printworks London and The Brooklyn Mirage, plus Above & Beyond’s Group Therapy Weekender at The Gorge. She’ll also be joining us in London and LA.