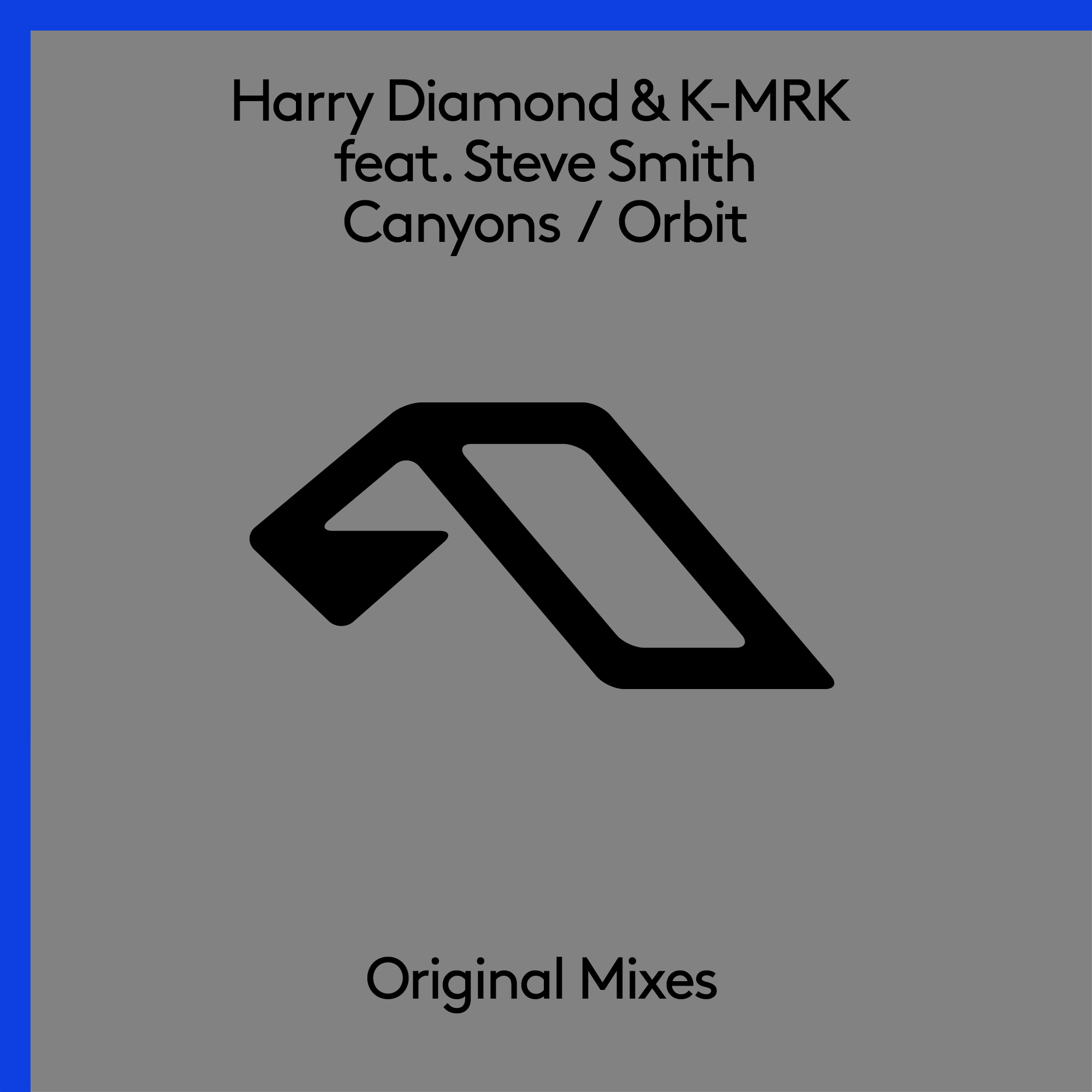 Two names that will be familiar to our Anjunafamily, they released ‘Inner Ghosts’ on Anjunabeats Rising Vol. 8 in the summer of 2021. Their previous releases together have been supported by the likes of Above & Beyond, Tiestö, Annie Mac, Danny Howard, Pete Tong and more. Harry Diamond has previously appeared on Anjunabeats with ‘Electrified’, a 2011 collaboration with Darren Tate and Nicolai.

On ‘Canyons’, Harry and K-MRK have enlisted a legendary vocal talent in Steve Smith. Best known as the lead vocalist for GRAMMY-nominated group Dirty Vegas. He’s the voice behind hits ‘Days Go By’, ‘Ghosts’ and ‘Tonight’, the latter of which was remixed by Above & Beyond in 2009 and released on Anjunabeats Volume 7.

There will be more music from Harry Diamond and K-MRK on Anjunabeats later this year, and we’re delighted to welcome Harry onto the lineup for Group Therapy Weekender London on September 10 & 11. Tickets are on sale now.

Harry Diamond & K-MRK ‘Canyons / Orbit’ is out now on Anjunabeats.